GREEN TRACK OF 'AS CARBALLEIRAS'

This tour starts from the Center for Interpretation of Nature, in the centre of Santa Eulalia de Oscos.

After visiting this centre observing the didactic material that shows us the richness of flora, fauna and the ethnography of the area, we can complement our information with a route through the path that will serve to identify the different ecosystems and forests of the region. After a few meters of travel, we enter in a characteristic mixed deciduous forest in which we find among other species, oak, chestnut, birch and hazel. In the upper part, the forest is gradually opening in briar, gorse and ferns woods that allow us to have a wide panoramic view of the valley of the Agüeira River, that crosses the municipality in Direction NW-SE. Descending to Pumares we pass by several meadows in which it will not be difficult to see cows grazing accompanied by their calves, meadows watered by the Agüeira River, which also feeds another type of forest which has a biological diversity formed by species such as alder, ash, willow or hazel.

From Pumares we will go back the same way until the crossroads, where we will turn right to go back to Santa Eulalia. 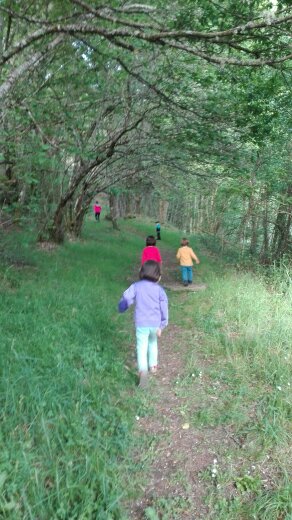 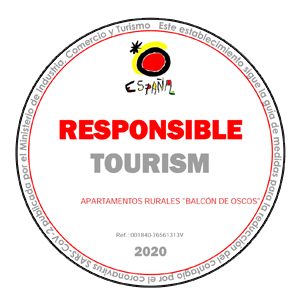